Enter your City name or Pincode

Hardoi falls within the jurisdiction of Lucknow’s Commissionary in Uttar Pradesh. It is bordered by the districts of Shahjahanpur, Lakhimpur Kheri, Unnao and Lucknow. Hardoi district as a whole comprises 1101 Gram panchayats distributed over 19 blocks. These 19 blocks are a part of five tehsils namely Sawayajpur, Bilgram, Sandila, Shahabad and Hardoi. 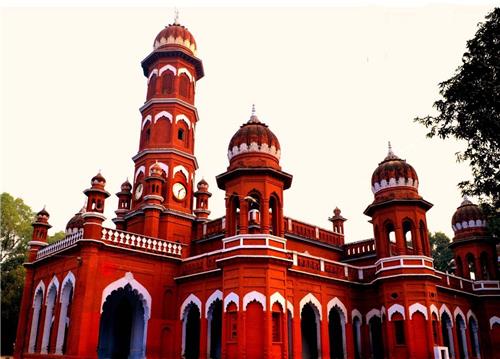 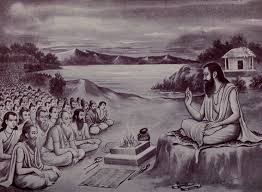 Hardoi had been a hindu citadel for long. The origins of the name ‘Hardoi’ are quite interesting. According to myths, the original name of the place was ‘Haridrohi’ or ‘those apposed to God’ or were against belief in the gods. It was said that the ruler of the region was Hiranyakashyapu. He wanted his subjects to refrain from worshipping god and give him all their devotion and faith. He was failed in his attempts by his own son named Prahlad. Hiranyakashyapu tried desperately to teach his son a lesson by putting him through various ordeals. When he was giving his last punishment, it is believed God came incarnated as ‘Narasimha avatar’ and killed the king according to his own terms. Thus, it is from Hiranyakashyap that Hardoi gets it name. another story goes that Lord Vishnu had taken the ‘Vamana avtar’ and visited the reigning king, namely Raja Bali who was popularly known to be a most generous and illustrious king.

To test him God came in the Avtar of a Vamana; or a learned ‘Brahmin’. Raja Bali was proud of his generousity and asked the Vamana what he wanted. The learned Brahmin asked for three feet of earth. King Bali happily agreed but he was stumped when the Vamana began increasing his magnitude to gigantic proportions. With this new frame the Vamana covered the entire earth in one step. In the second step he covered the entire universe, the skies, the stars etc. Then he asked Bali where he should put the third step. Humbled by this treatment, King Bali realized God himself had come to teach him a lesson. He offered his head to the Vamana and asked him to place his foot on it. Thus, according to mythology, Hardoi has been associated with the presence of two incarnations or avatars of Lord Vishnu namely the Narasimha avatar and the Vamana avatar.

Historically speaking, Hardoi came into contact with the Muslim invasions as early as 1028 when Ghazi Saiyyad Masud invaded Bawan. It was only in 1217, however, that Muslims could gain a foothold. Even Humayun, the Mughal Emperor was defeated between Bilgram and Sandi cities by Sher Shah Suri.

Much later in 1856 February the British annexed Oudh to their territories on the proclamation made by Lord Dalhousie. This district had its headquarters at Mallawan. Then, after the Sepoy Mutiny in 1856 the headquarters shifted to Hardoi.

Geography and Demography of Hardoi

Hardoi is geographically located between the 26.530 and 27.460 North latitudes as well as the 79.41 to 80.46 East longitudes. The Gomati river forms a natural barrier between Sitapur district and Hardoi. The total geographical area covered by Hardoi district is 5947 square kilometers. The total population of this Hardoi area is 40,91,380 with the ratio being more in favour of males. The number of males are 22,04,264 and the number of females is 18,87,116 according to the latest Census of 2011. The elevation gradient of the region is 134 metres.

Tropical type of climatic conditions exist in Hardoi district. While the summers are extremely hot and post-monsoon, quite intolerably humid, the winters are chilly and very cold. The ideal time to tour around the district is March through October.

Agriculture is the mainstay of Hardoi district’s economy. About four thousand square kilometers is devoted to agriculture with the major crops being wheat, pulses, oilseeds, vegetables, paddy and sugarcane. Some part of the land is also utilized for horticulture. Some of the horticulture crops are mangoes and guava besides a few herbs. Most of the irrigation is handled by the Sarda Canal which has branches in Hardoi and Lucknow. Some of the earliest exports from the district were sugar, animal hides, food grains, saltpeter and tobacco. Among handicrafts the wooden carvings of Hardoi have been sold for centuries.

Hardoi is a rare gem of the Central plains regions which is worth visiting in the months from March to October. It has on offer a number of temples of ancient origin. The quaint old township is filled with several hooks and crannies which offer up a number of delightful shopping and sight-seeing experiences. These include niches of Nature and places of historical and environmental significance. It bears several vestiges of its checkered past. 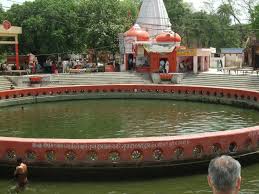 This beautiful natural environmental niche is believed to have a venerable, holy aura that transcends eons of time. This deeply forested area has been taken to be among the holiest places in the universe. The author of the ancient Indian epic the Ramcharitmanas was Goswami Tulsi Das. He made mention of Nemisharayan in his writings describing the blessed aura of the place. It is said that almost all the Puranas had been written here. Therefore, whether it is called as Naimish or Naimisharnya, Neemsar or even Neemshaar it holds great reverence for the general public. A large number of devotees visit the place to ensure they have been blessed by the holy aura of this land.

The Chaudhary Charan Singh airport located at Amausi, near Lucknow is the nearest airport. From here it is a distance of about 140 kilometers. It is also easy to reach by train. By taking a train to the railway station at Hardoi from any place in the country, the remaining journey can be carried out by road by taking a special bus or hiring a taxi.

The best time to visit the sanctuary is during the months from late October through the beginning of March. Several bird watchers gravitate towards the Sandi Bird Sanctuary well in time to have a highly fulfilling experience. Ornithologists from all over the world seek out this bird sanctuary every year.

How to reach the Sandi Bird Sanctuary

The Sandi Bird Sanctuary is situated on the Sandi-Hardoi road just about fifteen kilometers out of Hardoi. By road the Bird Sanctuary is connected to the Delhi international airport by a twenty four hours taxi service. For those wanting to use the railways, there are several trains connecting to the Hardoi railway terminus. From here it is possible to hire a taxi or take a bus to the Sandi Bird Sanctuary. The nearest airport is at Amausi near Lucknow. A taxi can be hired from just outside the airport to reach the bird sanctuary by road.

The Ram Janki Temple of Hardoi is considered amongst the most sacred of such temples. The principal deities of the temple are Lord Rama and his consort. However, instead of being known as Sita as she is popularly renowned, Lord Rama’s wife is called by her natal name of Janki (which connotes ‘daughter of king Janak). Besides the two deities there is the ever present diety, Hanuman or the all powerful monkey God. There are two unique features of this temple. The first is the pristine beauty of the pure white temple that houses the milk white marble image of Lord Rama. The second feature pertains to a legand that this sacramental location of the temple is the pathway to ultimate ‘Moksha’ or Salvation. It is believed that an ardent devotee of Lord Rama was a sage by the name of Rambhaktacharya. He worshipped Lord Rama at this haloed temple and was instantly granted eternal salvation or ‘Moksha’. The temple is famous for its Ramanavami festival which is held with great pomp in the entire region.

How to reach the Ram Janki Temple

While one can reach the Amausi located airport of Lucknow by air from anywhere within and outside the country. The Hardoi railway terminus is well connected with all the prominent railway junction of the country. The final leg of the journey is by road. There are a number of taxis on hire, a dedicated bus services as well as individual cars that commute to the Ram Janki Temple everyday.

The Naimisha Forest has an ancient history. It is believed that it is this forest that has been associated with the great Indian epic, the Mahabharata. It is believed that this forest located on the banks of the Gomti river is an enchanted forest bearing the blessings of the many sages who performed severe penance and austerities here for the attainment of divine powers.

How to reach Naimisha Forest

This ancient temple is dedicated to Lord Shiva. It is believed that all who visit the temple have their fondest wishes answered by the Lord. He accedes to every body’s request. The main festivals celebrated here are the Maha Shivratri and the Shravan Mah festival. Hundreds of litres of milk is used to do the ‘Dugdh Abhishek’ or milk bath of the Shivalingam at the Bhole Nath Temple. During the Shravan or monsoon months (usually July-August) devotees keep fast and worship the Lord Shiva. They perform various austerities. Every Monday there is fasting and several people give large donations of sugar, grains and money. Hundreds of devotees partake food at these ‘langar’s or communities kitchens. These are held on every Monday of the entire ‘Shravan’ month. This Bhole Nath Temple of Hardoi has a great attraction for devotees from all over the country.

How to reach Bhole Nath Temple

This is one of the major temples in the region and is worshipped by mothers for the safe keeping and health of their children. Several devotees have testified to the protective powers of the Mother Goddess.

All women having children throng to the Sarvan Devi temple to propitiate her and offer their humble offerings. There are a number of women who sit around to ward off the evil eye from the children through various mantras. The first two to three Mondays after the Holi festival are considered auspicious for conducting this festival.

How to reach Sarvan Devi Temple

Many of devotees reach the temple by train and then a three kilometers ride to the temple by road. The nearest airport is at Lucknow from where a taxi can be hired to reach the Sarvan Devi Temple.

Services and Utilities in Hardoi

In order to make the life of the inhabitants and visitors to Hardoi comfortable, the government provides several services and utilities. Some of the public utility services available in Hardoi are:

There are several public and private banks available in Hardoi

There are several courier services available in Hardoi

How to Reach Hardoi

By air the Hardoi district is reached through Amausi airport of Luknow which is situated 113 kilometers away.

By rail Hardoi is connected to most cities of the country from its own railway station located at Hardoi.

By road there is great ease of connecting to Hardoi from the airport at Lucknow and other nearby cities. The roads are well-laid out with very little traffic. The distance from some of the important cities are Kanpur (140 kilometers), Unnao (110 kilometers), Sitapur (72 kilometers) and Bareilly (142 kilometers).

Are you a Business Owner?

Add the products or services you offer